Advice From The Trenches: What I Wish I Knew When I Was 20 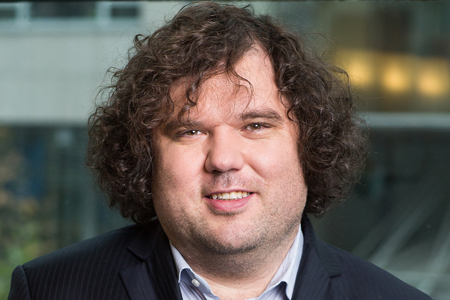 It was August of 2000 when I started Y Soft with my friend and cofounder Martin de Martini. By age 20, I had been in business as a freelancer for over a year, but I didn’t know exactly what I wanted to do. I just knew that I had a dream — to build a globally operating company from within the Czech Republic. This was something that would be extraordinary since, at that time, few companies could claim it.

Like many entrepreneurs, we had many trials and failed attempts. What do I wish I knew then that I know now? Pretty much everything! But one thing I would not change is hanging on to my dream. When I say dream, I don’t mean plans, because plans can change. Dreams, on the other hand, are what unifies a team and gives them purpose. I got that right, but there are a few things I learned along the way that I wish I knew when I started.

Both Martin and I were, and still are, strong dreamers and great friends. I learned early on that we also needed strong execution. It’s rare that someone can be strong in both areas, which certainly was not our case. It is necessary to find people who complement you with the ability to execute and who share the same ethical values. While these new hires may also become friends, you may need to replace them; as the company grows, different skillsets may be needed. Not replacing them when the time comes because of friendship blocks or slows down your ability to achieve the dream.

When the business was small, it was easy to articulate my dream, and I was able to do it almost subconsciously. When the business started growing, I realized I needed help with this. And it needed to be in the form of people who had different personalities and perspectives from me. Making sure that everyone understands the vision to the level that is required takes a lot of time and effort. Business books can help with this, but it really takes experience and having others who really understand the vision to communicate it at scale throughout the organization. In much the same way, help is needed to articulate the company’s values and processes.

Entrepreneurs tend to be visionaries who think fast, make decisions quickly, and are not risk averse. In fact, many entrepreneurs thrive on this fast pace. However, the rest of the organization is not like you. I realized I needed to slow down the pace of change. It was very hard to recognize and deal with this.

An example of this in my company was the changes that came about when we expanded our enterprise workflow solutions for paper printers to 3D printers. While we could have acquired a 3D printer company entirely, we instead took a partial stake and slowly began to learn the business, collaborate with each other, and see how the future could be together. We did this over a span of nearly two years before finally acquiring the company completely.

NOT FOR CONTROL FREAKS

When the business scales, there is no way the CEO can do everything — much as I might want to. I had to learn to delegate, which was difficult. However, a good by-product of learning this is that changes are viewed as coming from the organization and not the CEO. It is more collaborative and therefore easier for people to buy into the changes.

This is a short list of things I wish I knew back in 2000. The actual list is much longer. You learn as you go along and try not to make the same mistakes. There are things you can learn from business school or from books, but in many ways, learning from the school of hard knocks is much more rewarding. Today we have more than 350 employees in 15 offices around the world. The dream is still alive.

VÁCLAV MUCHNA is the cofounder and CEO of Y Soft, which he cofounded in 2000. He has led Y Soft’s international growth by establishing subsidiaries in Japan, Singapore, the U.S., Israel, Emirates, and many more countries. He has also established Y Soft Ventures, the venture arm of Y Soft, providing promising startups in Central Europe the capital, resources, and expertise needed to accelerate their path to global markets.